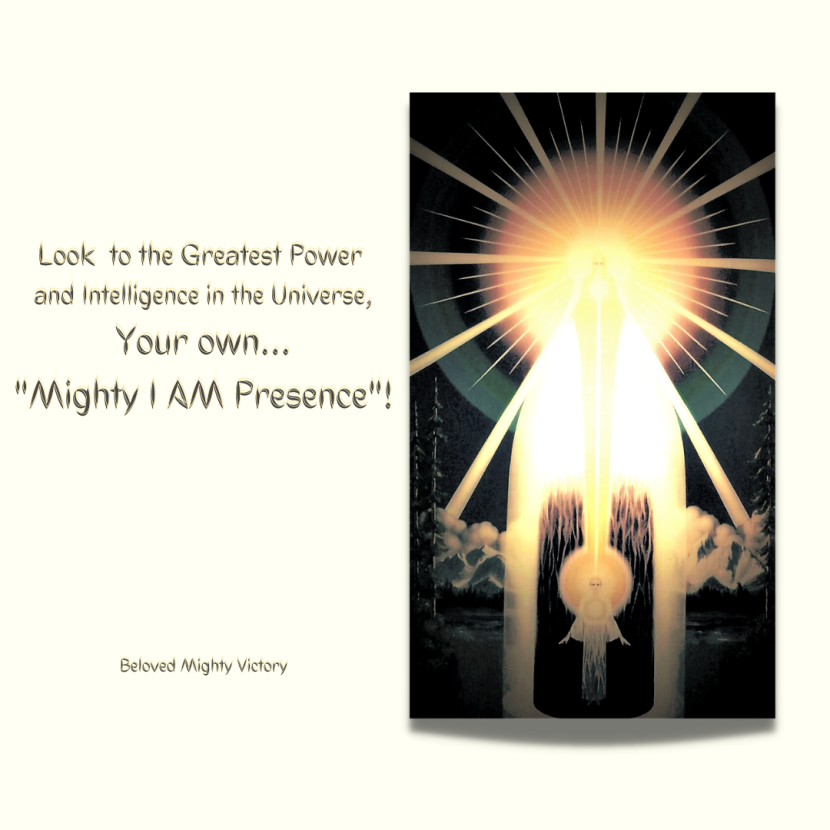 “We are very Practical Individuals! You might not believe that! If We had not been, We would not be Free! That is why you see the Messengers so natural, so very practical; and when there was erased from their consciousness the feeling of any mysticism of Life, what a Release it was!

In many of the teachings of mankind, mysticism has been instilled into their consciousness, until they are constantly looking for something mysterious, which they have to slip around the corner to find. They look behind the curtain to see if it is there. Don’t do that! Look here (pointing to the “Presence”), to the Greatest Power and Intelligence in the Universe – your own “Mighty I AM Presence”.

My Dear Ones, in your feeling world is the record of everything which has ever been thought, felt, or spoken. We read it like a book! Therefore, I say to you, in giving obedience to Life, when the Messengers are compelled sometimes to correct mistakes, don’t have resentment or self-pity! I tell you, Beloved Ones, self-pity is one of the most deadly activities acting within mankind. Watch, that it never acts within you!” – Beloved Mighty Victory