I Pray All Is Well With Everyone…And Your Hearts And Minds Are Full Of Love, Joy, And Compassion…For Yourselves And Everyone Else…All Over The World. And We Don’t Have To Be Near One Another To Radiate The Divine Love Of Our “Mighty I AM Presence”; Cuz In Thinking Loving Thoughts And Being Loving To Others…And In Expressing Those Higher Qualities Of Light, Often; We Not Only Affect Our Personality And Perceptions Of The World, Positively; But The Expression Of Those Higher Qualities, Constantly; Expands The Illumination Of Our Inner Beings, Most Brilliantly; To Radiate The Light Of The Living God That Dwells Within All Of Us! Thus, Reaching The Hearts And Minds Of Individuals Everywhere, Effectively; And Thereby Raising The Vibration Of The Collective Consciousness…With The Alchemical Power Of Our Loving Energy!  Cuz Love Is Powerful! Amen…

(Whether men are guarded by the angels?)

According to the plan of Divine Providence, we find that in all things the movable and variable are moved and regulated by the immovable and invariable; as all corporeal things by immovable spiritual substances, and the inferior bodies by the superior which are invariable in substance. We ourselves also are regulated as regards conclusions, about which we may have various opinions, by the principles which we hold in an invariable manner. It is moreover manifest that as regards things to be done, human knowledge and affection can vary and fail from good in many ways; and so it was necessary that angels should be deputed for the guardianship of men, in order to regulate them and move them to good.

By free-will, man can avoid evil to a certain degree, but not in any sufficient degree; forasmuch as he is weak in affection towards good on account of the manifold passions of the soul. Likewise universal natural knowledge of the law, which by nature belongs to man, to a certain degree directs man to good, but not in a sufficient degree, because in the application of the universal principles of law to particular actions, man happens to be deficient in many ways. Hence it is written, “The thoughts of mortal men are fearful, and our counsels uncertain.” Thus, man needs to be guarded by the angels.

…As men depart from the natural instinct of good by reason of a sinful passion, so also do they depart from the instigation of the good angels, which takes place invisibly when they enlighten man that he may do what is right. Hence that men perish is not to be imputed to the negligence of the angels but to the malice of men. That they sometimes appear to men visibly outside the ordinary course of nature comes from a special grace of God, as likewise that miracles occur outside the order of nature.

(Whether each man is guarded by an angel?)

Each man has an angel guardian appointed to him. This rests upon the fact that the guardianship of angels belongs to the execution of Divine providence concerning men. But God’s providence acts differently as regards men and as regards other corruptible creatures, for they are related differently to incorruptibility. For men are not only incorruptible in the common species, but also in the proper forms of each individual, which are the rational souls, which cannot be said of other incorruptible things.

A guardian may be assigned to a man for two reasons – first, inasmuch as a man is an individual, and thus to one man one guardian is due; and sometimes several are appointed to guard one. Secondly, inasmuch as a man is part of a community, and thus one man is appointed as guardian of a whole community; to whom it belongs to provide what concerns one man in his relation to the whole community, such as external works, which are sources of strength or weakness to others. But angel guardians are given to men also as regards invisible and occult things, concerning the salvation of each one in his own regard. Hence individual angels are appointed to guard individual men.

(Whether to guard men belongs only to the lowest order of angels?)

In the Psalm 90, the guardianship of men is attributed to the angels, who belong to the lowest order, according to Dionysius.

Man is guarded in two ways; in one way by particular guardianship, according as to each man an angel is appointed to guard him; and such guardianship belongs to the lowest order of the angels, whose place it is…to announce the “lesser things”; for it seems to be the least of the angelic offices to procure what concerns the salvation of only one man. The other kind of guardianship is universal, multiplied according to the different orders. For the more universal an agent is, the higher it is. Thus, the guardianship of the human race belongs to the order of “Principalities,” or perhaps to the “Archangels,” whom we call the angel princes. Hence, Michael, whom we call an archangel, is also styled “one of the princes”, (Daniel 10:13). Moreover, all corporeal creatures are guarded by the “Virtues”; and likewise, the demons by the “Powers,” and the good spirits by the “Principalities”.

…Not all the angels who are sent have guardianship of individual men; but some orders have a universal guardianship, greater or less, as above explained. Even inferior angels exercise the office of the superior, as they share in their gifts, and they are executors of the superiors’ power; and in this way all the angels of the lowest order can coerce the demons, and work miracles.

(Whether angels are appointed to the guardianship of all men?)

Man, while in this state of life, is, as it were, on a road by which he should journey towards heaven. On this road man is threatened by many dangers both from within and from without, according to Psalm 159:4: “In this way wherein I walked, they have hidden a snare for me.” And therefore, as guardians are appointed for men who have to pass by an unsafe road, so an angel guardian is assigned to each man as long as he is a wayfarer. When, however, he arrives at the end of life he no longer has a guardian angel; but in the kingdom he will have an angel to reign with him, in hell a demon to punish him.

Christ as man was guided immediately by the Word of God, wherefore He needed not be guarded by an angel. Again, as regards His soul, He was a comprehensor, although in regard to His passible body, He was a wayfarer. In this latter respect it was right that He should have not a guardian angel as superior to Him, but a ministering angel as inferior to Him. Whence it is written, (Matthew 4:11), that “angels came and ministered to Him.”

In the state of innocence man was not threatened by any peril from within, because within him all was well ordered. But peril threatened from without on account of the snares of the demons as was proved by the event. For this reason, he needed a guardian angel.

(Whether an angel is appointed to guard a man from his birth?)

…Angels are sent to minister, and that efficaciously indeed, for those who shall receive the inheritance of salvation, if we consider the ultimate effect of their guardianship, which is the realizing of that inheritance. But for all that, the angelic ministrations are not withdrawn for others although they are not so efficacious as to bring them to salvation: efficacious, nevertheless, they are, inasmuch as they ward off many evils.

Guardianship is ordained to enlightenment by instruction, as to its ultimate and principal effect. Nevertheless, it has many other effects consistent with childhood; for instance, to ward off the demons, and to prevent both bodily and spiritual harm. As long as the child is in the mother’s womb it is not entirely separate, but by reason of a certain intimate tie, is still part of her, just as the fruit while hanging on the tree is part of the tree. And therefore, it can be said with some degree of probability, that the angel who guards the mother guards the child while in the womb. But at its birth, when it becomes separate from the mother, an angel guardian is appointed to it.

(Whether the angel guardian ever forsakes a man?)

The demons are ever assailing us, according to 1 Pet. 5:8: “Your adversary the devil, as a roaring lion, goeth about, seeking whom he may devour.” Much more therefore do the good angels ever guard us.

The guardianship of the angels is an effect of Divine providence in regard to man. Now it is evident that neither man, nor anything at all, is entirely withdrawn from the providence of God, for in as far as a thing participates being, so far is it subject to the providence that extends over all being. God indeed is said to forsake man, according to the ordering of His providence, but only in so far as He allows man to suffer some defect of punishment or of fault.

In like manner it must be said that the angel guardian never forsakes a man entirely, but sometimes he leaves him in some particular, for instance by not preventing him from being subject to some trouble, or even from falling into sin, according to the ordering of Divine judgments.

(Whether angels grieve for the ills of those whom they guard?)

Angels do not grieve, either for sins or for the pains inflicted on men. For grief and sorrow, according to Augustine, are for those things which occur against our will. But nothing happens in the world contrary to the will of the angels and the other blessed because they will cleave entirely to the ordering of Divine justice; while nothing happens in the world save what is effected or permitted by Divine justice.

…Both in man’s repentance and in man’s sin there is one reason for the angel’s joy, namely the fulfilment of the ordering of the Divine Providence. The angels are brought into judgment for the sins of men, not as guilty, but as witnesses to convict man of weakness.”

Summa Theologica, by St. Thomas Aquinas, Translated by The Fathers of the English Dominican Province, 1947 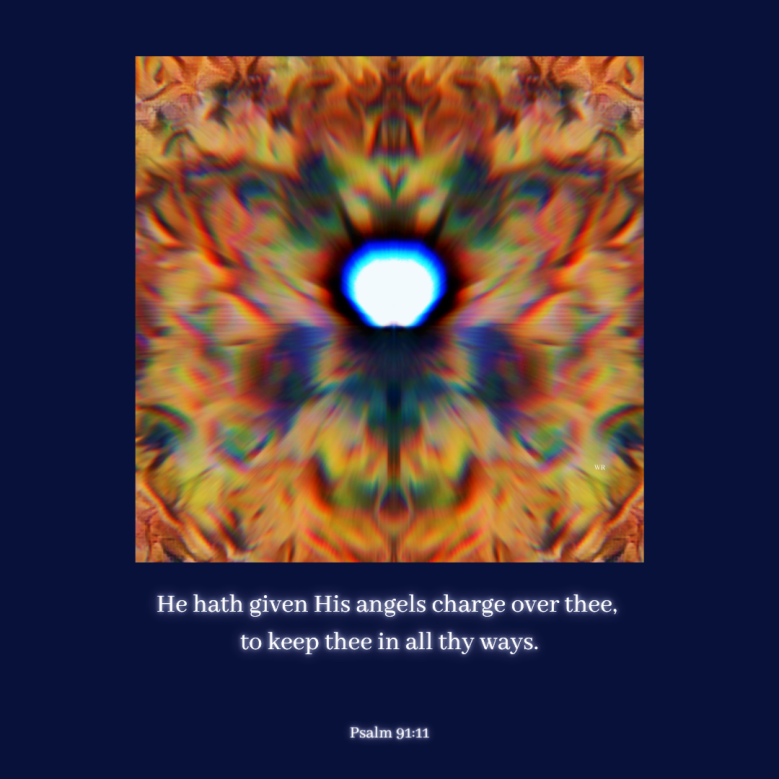